My name is Michelle Chiu, and I am an international business consultant and work for media. and writing articles is not one of my strengths. My specialty is to discover problems, analyze deeply, and provide solutions; I must confess that I am a person of faith which has played a significant role in my daily life.

I had a great opportunity to live in the United States and Hong Kong from 2012 to the end of 2016 to promote “Shen Yun” on a voluntary basis while working as a corporate consultant for media. I was exposed to various social environments.

Working as a corporate consultant has given me an in-depth understanding of the American business environment and the deep-seated problems faced by corporate sustainable development.

Also, my religious beliefs have made me aware of the moral responsibilities we must have towards all human lives on earth. I found that some social problems in the United States have just gotten worse and worse over time.

For instance, homelessness has been getting out of control in recent years. I am sure every one of them has his or her own story of how they end up on the streets, but to my surprise, some of them are decent looking and speak fluent English. They live on the streets and mostly unemployed, some have mental problems and are addicted to drugs.

I was always scared to use in the subways of New York that are just plagued with rats and they have no fear of people. The smell of human waste from the homeless in the subway stations is strong and terrible, even in the station right below Wall Street, the financial capital of the world. The sharp contrast has had a great impact on me and I feel sad and sorry for these people.

On the other hand, city governments in those liberal cities are quite pro-tenant, if a landlord is not careful with whom they rent their house, a wrong decision may bear serious consequences down the road.

I attempted to understand the causes of homelessness. Over the years politicians have tried to solve the problem also but to no avail, Some politicians just talk the talk to get public votes, never take action to address the problems, rising housing costs and sanctuary municipal policies have probably all contributed to the issue.

Once, I volunteered to help the city government find a solution in-depth, the result was increased in tax collection, which is an open answer

Four years ago, when Trump and Hillary Clinton were running for president, I did not pay much attention as I was not that interested in politics. As a female myself, I was leaning towards Hillary who is such an intelligent and graceful feminine icon who I think should just make history by becoming the first female US president.

However one day, I overheard Trump on TV talking about “reducing the tax burden for everyone and supporting businesses to increase employment opportunities for all”…Somehow I was quite touched by his words.

That is a perfect idea to solve the difficult “problems of the corporate living environment caused by high taxes. Reduce government revenue, transfer this tax-saving to business and people, and increase opportunities for enterprises, and increase employment opportunities. improve people’s spending, and improve market sales and circulation. ”

His message of opportunity and economic participation for all resonates with me.  I know many Americans are quite happy that there is finally a practical president who knows how to take on some of the major issues that have faced the country.

Right away, I knew he should win the presidency.

In the past four years, Trump has proven to be a doer despite being an outsider to the Washington establishment, and he has refused to take his presidential salary of $450,000 a year.

He is solving real problems, creating opportunities, and unleashing business creativity. Meanwhile, He is safeguarding freedom and fighting the left-wing media and draining the filthy political swamp.

I just think Trump deserves 4 more years as the commander-in-chief of the United States with his hard work, his fight for the American people, and his vision as a great leader.

These only represent my personal views and opinions 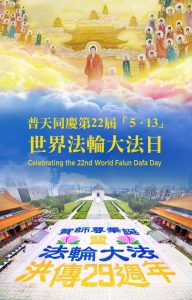